Rise of the Tomb Raider™ 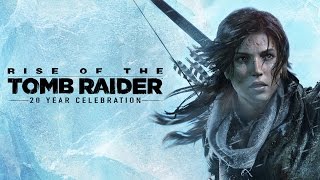 If you loved the 2013 Tomb Raider reboot don't miss this Rise of Tomb Rider! Continue your adventure as Lara Croft and get sucked in the new mission. Explore new tombs, fight new enemies and solve new puzzles. Play now!

Rise of the Tomb Raider™

If you loved the 2013 Tomb Raider reboot don't miss this Rise of Tomb Rider! Continue your adventure as Lara Croft and get sucked in the new mission. Explore new tombs, fight new enemies and solve new puzzles. Play now!

WHAT IS RISE OF THE TOMB RAIDER?

The Rise of the Tomb Raider is the second installment in rebooted Tomb Raider saga. If you loved the first part from 2013 you can’t miss this new installment. The Rise of the Tomb Raider is a second part of the new series and it is full of new tombs, puzzles, and fights. But the best part is passion and love that was put in this game by the creators. If you played Tomb Rider many years ago you will feel nostalgic and happy to be back with Lara again.

If you remember the old Lara from the 90’s you will notice that some aspect of gameplay changed. Lara is no longer only an explorer but also for the most part survivalist. The first installment of the reboot focused on introducing the new Lara to the world of gamers. In the second part, you notice that she is an awesome adventurer that we all know and love.

If you are a new player you will love this game too. The fantastic graphics, entertaining gameplay and compelling story will blow you away. Lara will be traveling frozen mountains, fight dangerous animals and search treasures. And you will explore this world with her! Don't hesitate because this adventure will be amazing! Play Rise of the Tomb Raider game!

WHAT YOU WILL LOVE ABOUT RISE OF THE TOMB RAIDER?

If you played in the first installment and loved it you will also enjoy the second part of the Tomb Raider saga. If you haven’t you can always start from the first part and play it on Vortex! The most amazing features the game will offer you are:

When playing Rise of the Tomb Raider game, you will be amazed by the graphics. Everything seems real. You will almost feel the damp and the cold while Lara travels the landscape. When you squeeze through tight spaces you will feel cramped.

The realism of the game will blow you away! When snow falls Lara feels cold and shivers and you almost feel guilty to send her int the freezing water. When the wind is blowing her hair and clothes get pulled by it. That creates an unforgettable experience. You will definitely feel immersed in the game and spend many amazing hours playing.

While playing there will also be many times when you will stop just to admire the view.

The character of Lara Croft is an iconic one and even people that don't play games recognize her. But in the new series, she is a real human and you will feel a connection with her. You will not want for her to get hurt and you will feel bad when your actions got her killed. Even when you are in a campsite you will get a glimpse into Lara’s thoughts and will feel a connection to her. You and Lara will go hand in hand on this amazing adventure.

HOW TO PLAY RISE OF TOMB THE RAIDER?

There are many different tactics in the Tomb Raider game. You will be able to choose a more aggressive style or be subtle and use your smarts to win. The best way is to incorporate those two and create your own style.

Don’t forget to sneak around!

If you want to win don't forget the stealth tactics. You will be able to not only engage in a direct combat but sneak your way through the camp of enemies. You don't have to be a stone-cold killer if you don't want to. If you prefer to be merciful you can use your abilities to hide and run. Or you can shoot your enemies from an unseen place with your bow. There is also a possibility to attack the opponent from behind. When you explore the ability tree you will notice there are many possibilities that will suit your style.

Prepare for battle with crafting

Lara is an expert on crafting weapons and gear. Use it to survive in the wild and to get prepared for battle. When you travel through Syberia you will meet many wild animals. Hunting should become your new hobby just as collecting plants. You will be able to gather many materials and create better weapons or campsite. As the game has night-day cycle remember that some animals come out only at night. You should explore your surroundings not only in daylight to hunt the rarest ones.

The second installment takes the game back to its roots. And that means more tombs. In the first part of the series there were not many chances to explore lost ruins but now the raiding is back! So don’t forget to look around for hidden pathways or caves. There are many treasures waiting to be discovered!

There are many weapons in the game. Use poison arrows, bombs and environment around you to stay alive.

YOU MAY ALSO ASK:

What is Tomb Raider 20 year celebration?

The Rise of the Tomb Raider: 20 Year Celebration is the special edition game. It includes 50 hours of gameplay and new content f.ex. zombie mode, survival mode, and one multiplayer chapter. It was released to celebrate the 20 years of Lara Croft.

Is there a new Tomb Raider game coming out?

New Tomb Raider game was released in 2018. It is called Shadow of the Tomb Raider and will conclude the reboot trilogy. It will be available on PS4, Xbox One and PC but using Vortex you will be able to play it in every device.

How old is the new Lara Croft?

Lara Croft in the reboot is born 14 February 1992 in London. She is British and she studied Asian Archaeology in college.