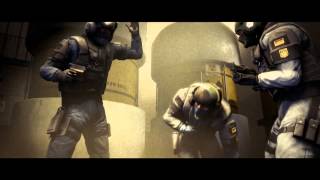 Play CSGO, take part in a global battlefield. You will be part of a team in this first-person shooter and you will compete in multiple rounds of objective-based game modes. Play Counter Strike Global Offensive online.

Play CSGO, take part in a global battlefield. You will be part of a team in this first-person shooter and you will compete in multiple rounds of objective-based game modes. Play Counter Strike Global Offensive online.

Counter-Strike: Global Offensive (CS: Go) is an updated version of the cult classic Counter-Strike that offers you:

You will also get new game modes like Arms Race, Flying Scotsman and Wingman. New matchmaking and Competitive Skill Groups will offer you even more immersive experience.

Counter-Strike offers you team-based first-person shooter gameplay. It was first introduced in 1999 as a modification for Half-Life. Who would have thought that this simple addition to a popular game will become an international hit and would gain a could following of players? From a small project Counter strike became the most played action game in the world just after it was released. This new trend did not change with years and Counter-Strike is still the most popular action game. It became one of the most popular games in e-sport, professional tournaments and the numbers of sold copies are still rocket high. For a long time, you had to have a gaming PC or a console but now it is possible to play Counter-Strike on any device.

You will be part of a team in this first-person shooter and you will compete in multiple rounds of objective-based game modes. Your goal is to win enough rounds to win the entire match. Play CS Go online to be a part of your first mission.

Take part in a global battlefield and play CS:GO online.

CS:GO offers you many game models to make your online gameplay interesting and not repetitive. It will be your choice on how to play CS Go online. Choose from the modes mentioned below:

This is a classic game mode when you play as a part of a team of five players. Two teams compete using standard Counter-Strike rules in a best of 30 matches. You and your team must purchase armor, weapons, defuse or rescue kits, and manage your in-game economy to have a chance to win. The first team that is able to win 16 rounds in Bomb Defusal or Hostage Rescue game modes wins the match. You and your team will be able to gain unique Skill Groups you can earn and display. You can join a match on your own or form a team with your friend to fight and win together.

This gameplay offers you a 2v2 gameplay when you win if you are able to win 16 games on a single bomb sitemap. You will earn a Skill Group exclusive to Wingman. The ruleset you will use is Competitive Bomb Defusal and to win you will have to be smart, Buy weapons, armor, and defuse kits in an effort to plant the bomb or defend the bomb site

If you want to play some Counter-Strike but don’t have time for a full 30 round match this is gameplay for you! You can find a match and play at your own pace and how long as you want. In this mod, you will automatically receive armor and defusal kits and you will be able to play with a simplified economy. Also, the team damage has been turned off so this is also an ideal place for you to master your Counter-Strike skills and learn fundamentals.

This is gameplay for fans of fast movement. It features reduced gravity and will not penalize you for shooting while moving. You will get all of the advantage mentioned above but in exchange, you will only be able to use two types of weapons: SSG 08 sniper rifles and knives. You and your team will win this 8v8 game if you reach round 9 first.

If you are a fan of a fast-paced entertainment this mod is gameplay for you. It allows instant respawns and encourages rapid engagements. After spawning you will have a limited time to buy a weapon of your choice and join the gameplay to kill your enemy. During the gameplay, you will get bonus points for getting kills with selected weapons. If you kill your opponents with different weapons you will get a different amount of points.

You and other players will take turns in attacking and defending a bomb site in a series of maps in this fast-paced gameplay. You will be granted a starting weapon and advance through a sequence of firearms when your kill is registered. The more kills you get the better weapon you will get. Kill your opponents, get new, improved weapons f.ex powerful sniper weapons and help your team be victorious.

This mod was created as a gun progression and for rapid close-quarters combat. It features instant respawning and you will get an instant new weapon after your kill is registered. You will be able to use every weapon in the game and after using the final one that is the golden knife you will be a champion of the whole match.

Can I play CSGO online free?

You are unable to play CS GO online for free but you can play using Skyegrid cloud gaming service without owning a gaming PC or console. We offer you this possibility for only a basic price of 9,99$ / month.

Can I play Counter-Strike online?

To play CS:Go you have to first own the game. You can buy it easily on Stream without leaving your home. To play this game you would normally need a gaming PC or a console but on Skyegrid you can play CSGO on your device.

Can I play CSGO online without Steam?

Unfortunately, you are unable to play counter strike if you don´t own it on Steam.

How to play CSGO online?

Subscribe to Skyegrid cloud service and play CSGO online on every device.

Skyegrid in a cloud streaming service that allows you to play Counter-Strike and other games online without you owning expensive hardware such as gaming PC or console.