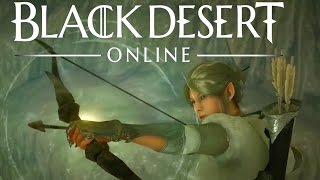 If you are a fan of high fantasy settings BDO game is a must play for you. The gameplay focuses on a conflict between two nations - the materialistic Calpheon and spiritual Valencia. If you are in a mood for a grand warfare play Black Desert now!

If you are a fan of high fantasy settings BDO game is a must play for you. The gameplay focuses on a conflict between two nations - the materialistic Calpheon and spiritual Valencia. If you are in a mood for a grand warfare play Black Desert now!

What is Black Desert Online?

BDO game is an online RPG with the sandbox type of gameplay. It was developed by Pearl Abyss. The combat in this game is similar to the third-person shooter, so the action is fast paced and fun! You will be immersed in the high fantasy world. Take part in the conflict between two nations the Republic of Calpheon and the Kingdom of Valencia. This is the war between logic and spirit, so chose your side and play BDO game!

How to play Black Desert Online?

The gameplay in this fantasy game will no doubt keep you in front of the monitor for long hours. If you like third-person shooters you should definitely try this game. It has a similar manual aiming system. You can use special skills that will be activated when you use special combos.

Special combos can be used for:

In the game there is not only time to fight but also live a little bit, You can enjoy the simple pleasures of life such as:

But don't worry you will not be bored! You will be taking part in large PvP sieges and castle battles. You have a chance to become a hero! The combat is skill- based so the longer you play the better you will become.

You will be exploring a beautiful fantasy world that feels almost alive and is based on an open map. You will create your own unique character. It will become your avatar during your adventures in this fascinating land.

You can choose from:

In this BDO game, there will be a lot of new things to learn even for an experienced player. The lore is extensive and there are many new skills you must master. Some of them are hidden and need some time to unblock. You will have to learn how to trade and how game resource work. There is also a good political instinct needed. If you learn all of the above then you will succeed. From rags to riches as they say. You will be starting as a nobody without any equipment and skill. But no worries! You can quickly become the rich wizard with many rare artifacts! So don’t wait any longer and start your way up!

What is Black Desert Online game about?

In this game, you will take part in a conflict between to countries. The fight between the Republic of Calpheon and the Kingdom of Valencia is the fight between a material and spiritual. Sounds like an old story? Not in this game! The exciting gameplay and big open word will keep you hooked for hours.

The main story of the game starts long before the game itself. The four main lands live peacefully and without conflict. The fragile peace is broken when the merchants from Valencia starts to spread Black Plague. When people realize that Valencia is to blame three lands unite against the fourth one. The war lasts for 30 years and during the time the countries that control the black stones profit the most. The Black Desert is a region in Valencia that holds the black stones. That is why it is constantly attacked by others.

And here comes you dear gamer! Enjoy the fantastic gameplay and remember - hunt for the black stones. They will help you get the most out of your character. They will upgrade your armor and weapons.

What you will love about Black Desert Online gameplay:

There are many things to love about this exciting game but we have decided to point the best ones:

This Black Desert Online is not free to play. You have to pay 9,99$ entrance fee (or more if you want to buy additional content)

You don’t need to buy a subscription in order to play this game. You pay once at the beginning and then can enjoy your gameplay.

Will Black Desert online be cross-platform?

This game will not be cross-platform, but you don't have to worry about that! Using Vortex you can play it on every device with no worries. Play on your PC in a browser, on smart TV and on your mobile!

Can I play Black Desert Online?

Sure you can! And you don’t have to worry that you don't have special equipment. Just use Vortex and play on every device including your mobile!